New Luis Cardenas Album to be Delayed Until Further Notice 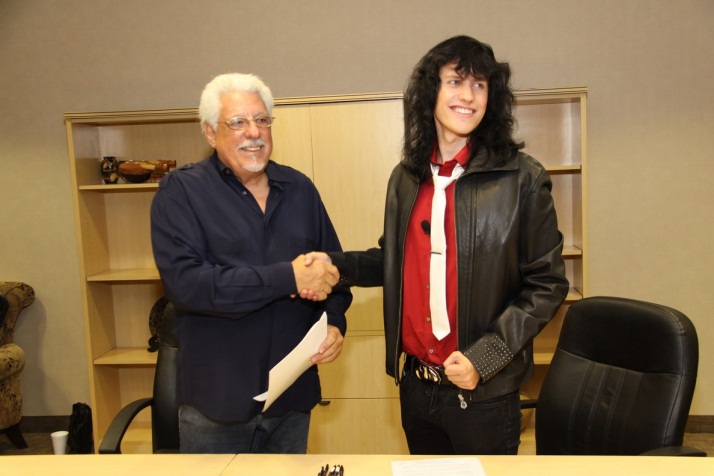 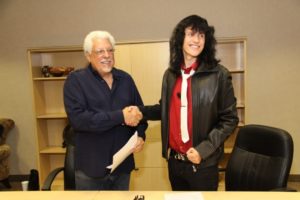 Sherman Oaks, CA – Hailing from the small town of Trondheim, Norway, Rocky Kramer is rapidly becoming known as Norway’s ambassador of rock.  The now twenty-two year old guitar virtuoso says he “was a musician before he knew he was a musician,” referring to his having been born into a musically gifted family.  Rocky’s mother, who sadly passed away when he was just five years old, was a pianist of extraordinary talent in her own right, while his father currently sits as first violinist for the Trondheim Symphony Orchestra.  Having caught the eye of Stephan Bauer, President of Allied Artists Music Group, Rocky inked a deal this afternoon that will immortalize his unique mixture of metal madness and classical competence under the direction of veteran music producer Kim Richards.

The young musician, flanked by label executives, news media and video crews, stood by as Bauer, famous for his work with the likes of Led Zeppelin, The Rolling Stones and Jeff Beck, used a series of pens to sign his name to the newly minted rocker’s freshman recording contract.  Bauer told reporters that the label is “extremely proud of Rocky” and view “him as an international artist, whose virtuoso talents will bring a new respect and appreciation for metal around the world.”  On hand was Kim Richards, known for his work with Pink Floyd, Queen, Renegade and Luis Cardenas, who told reporters that “Rocky’s music is incomparable, but if pressed [. . .] would liken it to AC/DC meets Queen, as seen through the eyes of Pink Floyd.”  Richards went on to note that Rocky had “composed four concept albums by the age of seventeen, and is more than an incredible guitarist, since he also plays violin, piano, drums and boasts a five octave vocal range.”  Richards is slated to produce Rocky’s premiere offering expected to hit the streets in the spring of 2013.  Also on hand was Soren Petersen, a former United Nations Diplomat from Denmark, who congratulated Rocky in their native Scandinavian tongue, Dean Dahab, President of Allied Artists’ Office of International Affairs and Ashley Posner, General Counsel for Allied Artists Int’l, parent of the music group.