“A Magical Mystery Tour” to be Cast by Fern Champion

Allied Artists’ CEO To Be Knighted 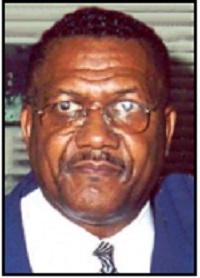 Robert N. Rooks and each of his co-defendants were ordered by a federal judge to pay Allied Artists $2,000 in sanctions for violating rules requiring production of evidence in $50 Million trademark infringement prosecution.

Beverly Hills, CA – In a short hearing held Monday morning in Los Angeles, before United States Magistrate Judge Ralph Zarefsky, Defendant Robert N. Rooks and all of his co-defendants, were each ordered to pay $2,000 in sanctions for failing to produce evidence required under federal court rules.  In addition, Rooks and his co-defendants were ordered to comply without objection to all of Allied Artists’ discovery requests.

Judge Zarefsky’s ruling follows the ouster of a countersuit filed by Rooks that contended Allied Artists granted him rights to use the trademark.  In a seven page ruling issued on August 7, 2009, United States District Judge Gary A. Feess wrote that Rooks’ theory “makes no sense,” and ordered that Rooks’ countersuit be dismissed with prejudice, conclusively prohibiting him from raising the same claims in the future.

Rooks is already restrained by a 2002 federal court injunction granted in a case brought by the United States Securities and Exchange Commission, in which a Los Angeles federal court found that Rooks disseminated false and misleading information in 1996 that caused a publicly-traded company’s stock price to skyrocket from $.13 to $4, or more than 3,000%.

“Allied Artists is aggressively pursuing Mr. Rooks, to put a stop to his unlawful use of our trademark to lure unsuspecting investors,” said the company’s President, Robert Fitzpatrick, adding that “we expect to seek a final judgment against him and his co-defendants later this month.”