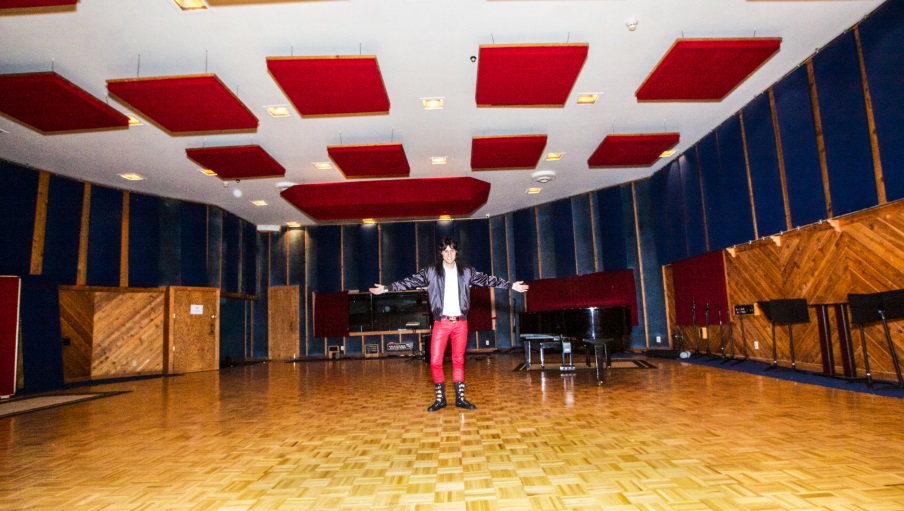 Norwegian guitar phenomenon to cut tracks for upcoming Firestorm album at 17 Hertz (formerly One On One Recording Studios), where Metallica famously recorded the “Black” album. 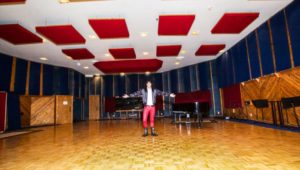 Glendale, CA – Norwegian guitar sensation Rocky Kramer has chosen to record his upcoming “Firestorm” album at the studio first made famous by Hal David, Burt Bacharach and Dione Warwick, later defined by Metallica as being the “best sounding room in the world.”  Today, the studio is known as 17 Hertz, but was the original One On One Recording Studios.  In addition to Metallica, Michael Jackson, KISS®, Mötley Crüe, Megadeth, Sammy Hagar, Alice in Chains, Lita Ford, Tom Petty, Heart, Luis Cardenas, Aretha Franklin, Earth, Wind & Fire, Michael McDonald and many, many more have utilized this historic facility.  The studio became private after being purchased by a Japanese recording artist in 1993, opening its doors only once to KISS® in 1997, but otherwise remained closed to commercial producers and talent alike.  That is, until Jason Gluz and his 17 Hertz, LLC acquired it in 2012.

Although the studio’s electronics were in a serious state of disrepair and well outdated, noted acoustician Jerry Steckling and his JSX Audio ensured the integrity of the legendary acoustics emerged unscathed.  Gluz and his team renovated the entire studio, complimenting the acoustic mastery with a state of the art Solid State Logic 9080J 80 channel console (previously owned by Bryan Adams, used in the Warehouse Studio), cutting edge PAD GA215H Augspurger Active DSP mains and an impressive selection of not only the latest outboard gear, but a collection of vintage equipment worthy only of this exalted recording facility.

Industry veteran Kim Richards (Pink Floyd, Queen & Andy Gibb), who is producing Kramer’s Firestorm album, remarked that he “has recorded other albums in this studio, and was overjoyed to find it in pristine acoustic condition.”  Richards went on to note that “after all the work they’ve done, this studio is One On One on steroids!”  Kramer is joined in the studio by drummer Alejandro Mercado, bass guitarist Michael Dwyer and keyboardist Jon Dunmore.  “Good drummers benefit the most from the robust sounds this studio is capable of generating, and Alejandro [Mercado] is one of the best drummers I’ve ever worked with,” according to Richards.  For his part, Kramer recalls being 13 years old and “watching the Metallica documentary with [his] brother, dreaming of recording in a studio like One on One.”  Not only did his dream come true, but it’s only fitting that Rocky’s Firestorm album will be the maiden voyage of the rebirth of rock’s premier studio – now 17 Hertz!

Having begun writing songs on the family piano at age four, Rocky Kramer literally wrote his first album at the age of 13, his second album followed a year later, with yet a third album emerging a year after that.  At the age of 17 Kramer completed his fourth album.  Amazingly, each are concept albums that speak to the maelstrom that often challenge youth during their formative years, as experienced by this adroit and poignant raconteur.  By the time Kramer reached high school, he and his many bands had become well known throughout Trondheim, with recognition coming in from around the country.  Feeling a level of dedication that transcended that of his fellow band members, Kramer decided to focus on developing his skills as a singer / songwriter, making a number of appearances as a solo artist.  Picking up a keyboard and learning to record his own music enabled Kramer to begin creating music demos for his four completed albums.  With a strong background in classical music imparted on him by his father, Kramer began combining the genres of music to create his own unique sound.  What emerged might be properly classified as metal symphonies for the rock enthusiast!  After spending a year in university studying film, Kramer left for the United States to augment his already impressive English language skills.  Although Norwegian is his native language, Kramer felt from a very early age that he could best convey music in the English language.  Consequently, he now speaks English fluently.