New Luis Cardenas Album to be Delayed Until Further Notice

Famed Music Producer Andy Johns Dies At The Age Of 62 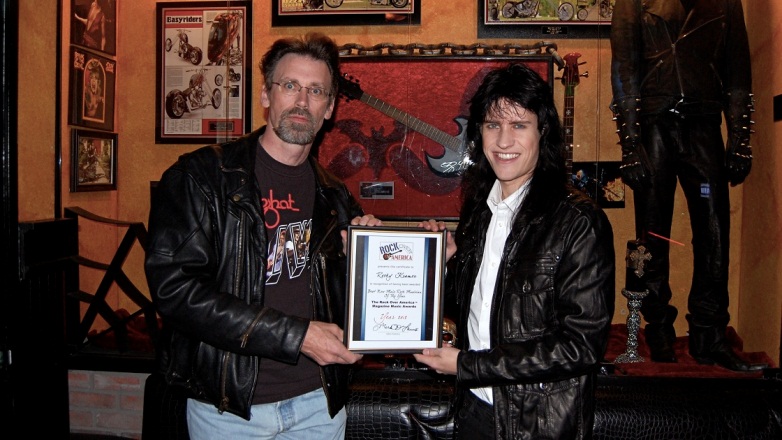 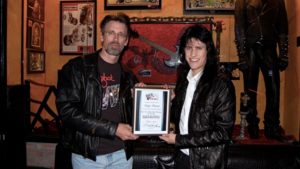 Glendale, CA – Rocky Kramer, who is rapidly emerging as the next Scandinavian guitar hero, was selected by the editors of Rock Over America Magazine as this year’s Best New Male Rock Musician.  Laura Wilde won for Best New Female Rock Musician, with It’s Casual picking up Best New Punk Band and Dead Sara walking away with Best New Band, while Stryper won a Lifetime Christian Rock Achievement award.  Kramer, a 22 year old Norwegian guitar virtuoso, initially came to the United States as a student, where he was discovered by Allied Artists Music Group’s Stephan Bauer (Led Zeppelin, The Rolling Stones, Jeff Beck) who ultimately signed the rocker to a multi-album record deal.  Throughout the time Kramer has been in the United States, he has shared stages with such notables as Mike Pinera (Blues Image, Iron Butterfly, Alice Cooper), Jason Ebs (Peter Criss Band), Stoney Curtis and fellow label mate Chas West (Bonham, Tribe of Gypsies, Foreigner), rapidly earning a reputation for being an incredible guitarist, as well as a formidable singer and songwriter.

Rock Over America’s Editor Emeritus, Mark Lewis, commented that “Rocky was chosen as ‘Best New Male Rock Musician’ because he can shred with precision, while using his classical music background to compose music that will stand the test of time,” adding that “when compared to . . . Yngwie Malmsteen, I think [Rocky is] going to go a lot further and forge a bold new future in music worldwide.”  Kim Richards, CEO of Allied Artists Int’l, the parent of Kramer’s record label stated “we’re all very proud of Rocky and the depth of his musical background and skills.  His father is a celebrated violinist with the Trondheim Symphony Orchestra, while his mother was a professional pianist in her own right.  It seems Rocky not only comes from a solid musical family, but inherited their genetic skills.”  Richards, who is known for his work with Pink Floyd, Queen and Renegade, is slated to produce Kramer’s freshman offering.

Having begun writing songs on the family piano at age four, Kramer literally wrote his first album at the age of 13, his second album followed a year later, with yet a third album emerging a year after that.  At the age of 17 Kramer completed his fourth album.  Amazingly, each are concept albums that speak to the maelstrom that often challenge youth during their formative years, as experienced by this adroit and poignant raconteur.  By the time Kramer reached high school, he and his many bands had become well known throughout Trondheim, with recognition coming in from around the country.  Feeling a level of dedication that transcended that of his fellow band members, Kramer decided to focus on developing his skills as a singer / songwriter, making a number of appearances as a solo artist.  Picking up a keyboard and learning to record his own music enabled Kramer to begin creating music demos for his four completed albums.  With the strong background in classical music imparted on him by his father, Kramer began combining the genres of music to create his own unique sound.  What emerged might be properly classified as metal symphonies for the rock enthusiast!  After spending a year in university studying film, Kramer left for the United States to augment his already impressive English language skills.  Although Norwegian is his native language, Kramer felt from a very early age that he could best convey music in the English language.  Consequently, he now speaks English fluently.