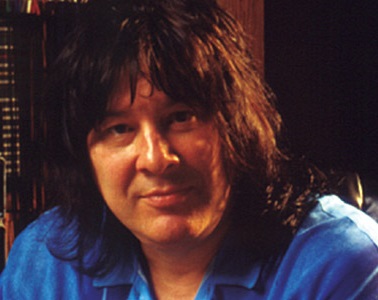 FAMED MUSIC PRODUCER/ENGINEER, ANDY JOHNS DIES AT THE AGE OF 62

With a career that spanned more than 40 years, Andy Johns produced and engineered artists ranging from Led Zeppelin and The Rolling Stones to Van Halen and Rod Stewart.  The 2009 Johns produced album, Chickenfoot, by the Sammy Hagar, Michael Anthony, Joe Satriani and Chad Smith group by the same name, struck gold internationally, topping the Billboard Hard Rock and Independent charts, reaching number 4 on the Top 200. 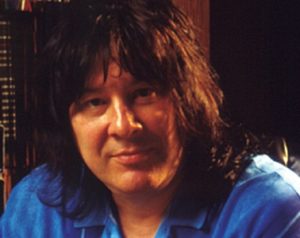 Glendale, CA – Andy Johns, who began his career as Eddie Kramer’s second engineer on Jimi Hendrix’s classic recordings, and went on to engineer and produce some of the biggest records of all time, passed away in a Los Angeles area hospital earlier today.  Funeral arrangements and plans for a public memorial are pending at this time.

Born in Epsom, Surrey, England, Andy Johns grew up the younger brother of Glyn Johns (himself a famed engineer and producer) who ignited Andy’s passion for music by both giving him his first guitar and bringing him into Olympic Studios to learn how to engineer.  Working alongside Eddie Kramer, Andy’s first brush with rock’s royalty came with Jimi Hendrix, beginning an illustrious career that spanned more than forty years.  Along the way, the artists Andy worked with reads like a who’s who of legendary musicians, including Led Zeppelin, The Rolling Stones, Van Halen, Rod Stewart, Chickenfoot, Godsmack, L.A. Guns, The Cult, Cinderella, Gary Wright, Mott The Hoople, Eddie Money, Joe Satriani, Ginger Baker, Crosby, Stills & Nash, Michael Shenker, The Jason Bonham Band, Bon Jovi, Stevie Winwood, Smile, Killer Dwarfs, Ozzy Osbourne, Autograph, Joni Mitchell, Jethro Tull, Leon Russell, Stephen Stills and countless others.  Chief amongst Andy’s achievements was the now classic John Bonham drum sound from Led Zeppelin IV, which became a standard bearer and to this day is the envy of rock drummers and recording engineers around the world.  Most recently his works included the Steve Miller Band’s 2011 Let Your Hair Down and Chickenfoot’s debut album, by the same name.  Chickenfoot, the album, reached number 1 on both the Billboard Hard Rock and Independent Charts, and rose to number 4 on the Billboard 200.

Former Van Halen bassist and current Chickenfoot member, Michael Anthony commented that Andy was “a great engineer and a great producer. He really was like the fifth member of the band. He was out in the studio with us, making suggestions and everything. He knew when we had a take. He would say, ‘Play it as many times as you want, but that is the one right there.’ He would go outside and have a cigarette and say, ‘Let me know when you guys are through goofing around because this is the take we are using.'”

Andy had been working on several motion picture soundtracks for the Allied Artists Film Group and was slated to produce Allied Artists Music Group’s Chas West’s debut solo album.  Mr. West, who is the former front man for The Jason Bonham Band, remembered Andy “as a dear friend… who I also worked with that never ceased to amaze me in the studio with his production skills.  Along with that…his wicked sense of humor and incredible life stories would keep me entertained… and as he would say “learning, learning, learning” for hours on end! I will miss him deeply & I was proud to call him my mate!”  Kim Richards, CEO & Chairman of Allied Artists Int’l, parent of the Allied Artists Film and Music Groups notes that “Andy Johns was truly a legend amongst legends; an icon of icons, and remains an inspiration to all who love and make music.”

Andy is survived by his wife Anet, brother Glyn and sons Evan, Jesse and Will Johns and two grandchildren.